Our members and coordinators

This page features short biographies and links for APSW members and our co-chairs.

Gillian Ruch is Professor of Social Work in the Department of Social Work and Social Care at the University of Sussex. She teaches and researches in the areas of child care social work and relationship-based and reflective practice and is committed to enhancing the wellbeing of children, families and practitioners. Her particular interests are in promoting psycho-social research methods and reflective discussion and supervision forums that facilitate relationship-based practice. Gillian’s current research includes the Innovate Project, ESRC funded research exploring innovation in the fields of contextual safeguarding transitional safeguarding and trauma informed practice. She is  also busy  generating research impact from the Talking and Listening to Children exploring how social workers communicate with children - in collaboration with The International Futures Forum which involves introducing Kitbag to social workers. 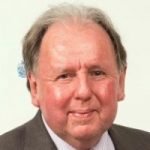 Dr Ray Jones is Emeritus Professor of Social Work at Kingston University and St. George’s, University of London, and a registered social worker. From 1992 to 2006 he was director of social services in Wiltshire. He was the first chief executive of the Social Care Institute for Excellence, and has been deputy chair and chair of the British Association of Social Workers. From 2008 to 2016 he was professor of social work at Kingston University and St George’s, University of London.He has been a visiting professor at the University of Exeter and at the University of Bath and is an honorary fellow of the University of Gloucestershire. He has led inquiries following the deaths of children and adults, from 2009 to 2013 was chair of Bristol’s Safeguarding Children Board, and from 2010 until 2016 oversaw child protection improvement in Salford, Torbay, the Isle of Wight, Sandwell and Devon. He is the author of eight books including ‘The Story of Baby P: Setting the Record Straight’,which was published by Policy Press in July 2014 and informed a BBC Television documentary,and a second up-dated and expanded edition was published in February 2017. ‘In Whose Interest? The Privatisation of Child Protection and Social Work’ was published by Policy Press in December 2018, and his most recent book ‘A History of the Personal Social Services in England’ was published by Palgrave Macmillan in summer 2020 and re-printed in 2021.  He is a regular press columnist and media commentator, has frequently given evidence to Parliamentary Select Committees, and in 2017 he received the Social Worker of the Year Award for ‘Outstanding Contribution to Social Work’.

Alisoun Milne is Emeritus Professor of Social Gerontology and Social Work at the University of Kent’s School of Sociology, Social Policy and Social Research. She is a registered social worker. Up until Sept 2020 Alisoun taught on undergraduate and postgraduate qualifying social work programmes, primarily on social work with adults’ modules. She also supervised MA dissertations and Phd students. Her research interests are in four intersecting areas: social work with older people and their families; mental health in later life; family caring; and long term care. She has done funded research in all four areas. Currently, Alisoun is working on a project exploring strengths based approaches in social work and social care as part of the NIHR funded Adult Social Care Research Unit and a project exploring support for older carers and the people they care for. She is widely published. Alisoun is a member of the Research Excellence Framework 2021 sub-panel for Social Work and Social Policy and is a Fellow of the Academy of the Social Sciences. 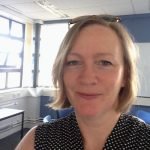 My research includes work on developing approaches to inform child welfare/care practice. I worked with an International NGO to produce a comparative report on global social work practices for children without parental care and have carried out research on the issues facing migrant children and young people and contributed to a national study on the health impacts of trafficking. I have worked with local and national organisations to evaluate their provision and explored how advocacy practice offers a meaningful alternative to supporting children to come to terms with their experiences of domestic violence. My research also includes evaluations of family support services, including working with fathers and a European project which explore participation and citizenship amongst children and young people from the Gypsy, Roma and Traveller communities.

I also carry out research in areas of communications in social work and particularly exploring ethical and critically informed online/digital practices. I worked with social academic colleagues in Scotland and Northern Ireland to develop an App for service users to feedback on their experiences of a social work intervention. Since 2108 I have been working with colleagues at UCLan to research and develop simulated learning programmes for students in the School of Social Work, Care and Community.

This website uses cookies to improve your experience while you navigate through the website. Out of these cookies, the cookies that are categorized as necessary are stored on your browser as they are essential for the working of basic functionalities of the website. We also use third-party cookies that help us analyze and understand how you use this website. These cookies will be stored in your browser only with your consent. You also have the option to opt-out of these cookies. But opting out of some of these cookies may have an effect on your browsing experience.
Necessary Always Enabled
Necessary cookies are absolutely essential for the website to function properly. This category only includes cookies that ensures basic functionalities and security features of the website. These cookies do not store any personal information.
Non-necessary
Any cookies that may not be particularly necessary for the website to function and is used specifically to collect user personal data via analytics, ads, other embedded contents are termed as non-necessary cookies. It is mandatory to procure user consent prior to running these cookies on your website.
SAVE & ACCEPT